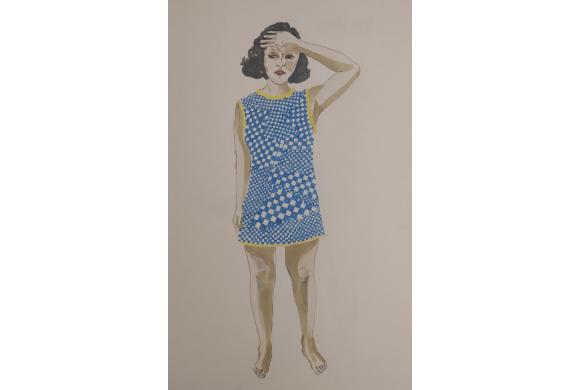 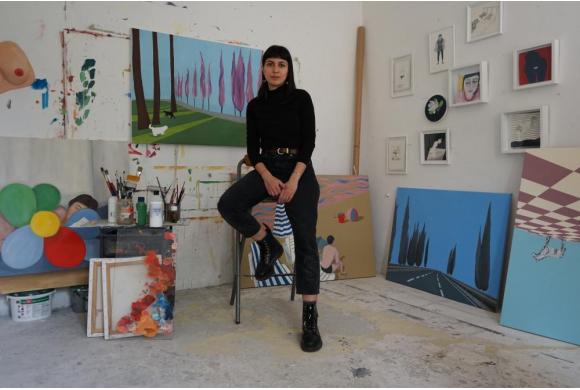 Ahoo started working on this series in the form of a “visual diary” in November 2012 after her frustration with keeping a “written” diary. “I’ve never been good at writing, but have always wanted to keep a diary, as a documentation of my life. I started with writings, but that did not satisfy my need… so I tried to use a different way… I always did sketches and doodles, so I used these very things…” In the beginning, Ahoo did sketches and collages as diary entries in a notebook for herself, but after presenting some of them at her university, she started a visual blog on Tumblr, “Ahoo’s Diary”. Her earlier works were influenced by news pieces and what was happening around her, but the entries became more personal over time. Her recent works which are mostly self-portraits have been inspired by the recent trend in sharing selfies in social media. The current works have been selected from over 300 diary entries. The works were all created using material that was readily available, using the simplest techniques. The audience can browse through Ahoo’s diary, create narratives in their minds, and look through the window of the artist’s life.